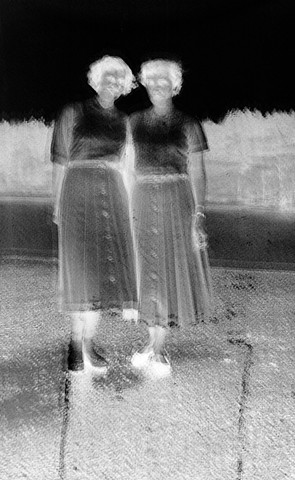 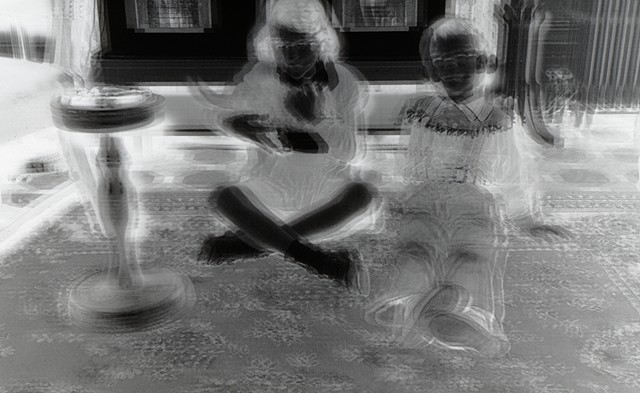 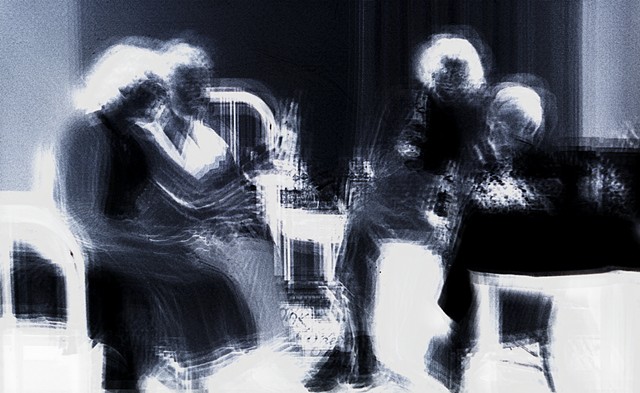 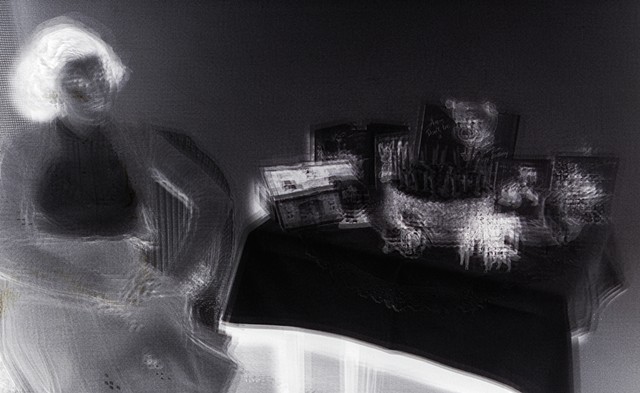 (2014 - ongoing) “Family photographs may affect to show us our past, but what we do with them - how we use them - is really about today, not yesterday. These traces of our former lives are pressed into service in a never ending process of making, remaking, making sense of, our selves - now.” (Kuhn) I am interested in the narratives and storytelling that are embedded within material memory objects such as the family photograph. Of Unknown Origins is a body of work that responds to holes, missing information, and the untold stories of my own family tree. With Of Unknown Origins, I explore what the camera captures versus what human vision sees through the view finder; a kind of photo-mechanical perception unavailable to human vision. The negative is a record of what the camera can see, not what the photographer views through the camera lens. With traditional analogue photography, an image is recorded as an inverse latent image on film; a feat that does not occur with digital camera sensors and pixel data. Using a collection of found black and white negatives, I explore this notion of the latent image by using strategies of repetition digital imaging, light, and collage. Through these processes, I seek to question the material relevance of the film negative and its importance and relationship in preserving and affecting material memory while shaping identity in an accelerating immaterial digital culture.

As I work with each negative, figures become ghostly within their surroundings. Facial features become lost, and the identity of the people in the photographs remain hidden. The specifics of a landscape become difficult to discern. Some features of the photographs connect with a certain period of time and place, suggesting a datable space in time. I can only guess at the stories behind each individual and their relationships between each other, or the intentions of the photographer at that moment in time. The figures remain apparitions of a not-so-distant past. Some information is lost with repetition, while in other instances new spaces are formed. Repetition gives the images a sense of unrest, and the figures seem anxious and unstable. In this sense, repetition is considered an indicator of time’s passage. The images rest somewhere in-between stillness and motion, suggesting the photograph’s changing place and meaning within the present moment. This, combined with the grain texture inherent to the 35mm film negative suggests a material language unique to the fragile materiality of film photography.

Just as digital imaging technologies have reached a plateau, the film negative is becoming collectible. In my experience, family snapshots become an object to be saved and cherished in photo-albums, to be shared with family and friends, and adorn the walls of the home. To be thumbed like a book. Held at the corners. Pinned to cork boards, and taped to the refrigerator. The negatives become secondary, often shelved in shoeboxes, thrown in the dust-bin, or rolled up in a canister and tossed into a miscellaneous box of refuse. I see this disregard for the film negative akin to the eventual loss of infinite quantities of digital photographs saved to hard-drives, stored in the cloud, or shared on social media in the vast abyss of the web. Works Cited