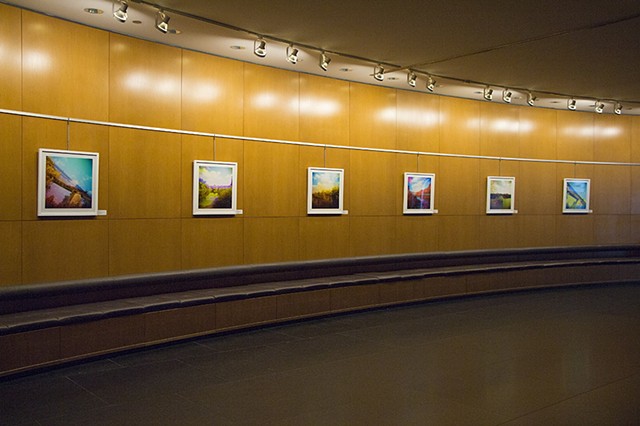 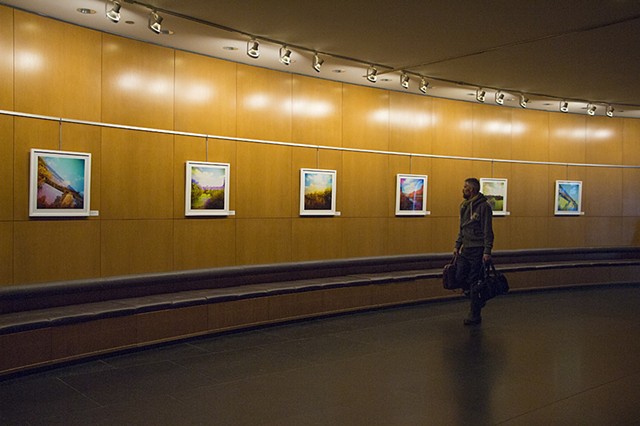 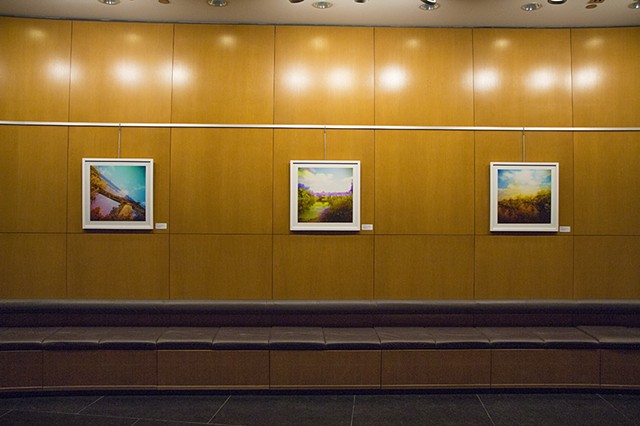 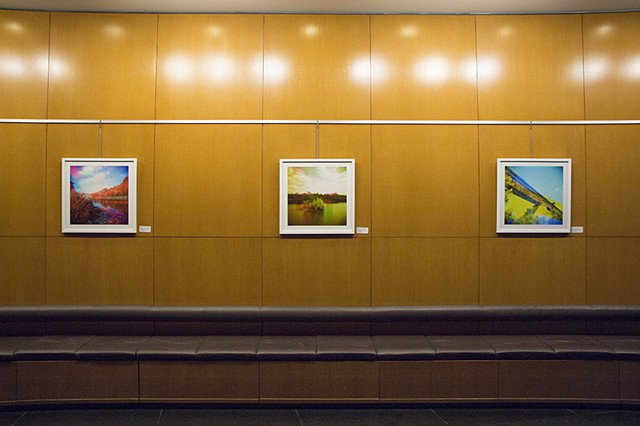 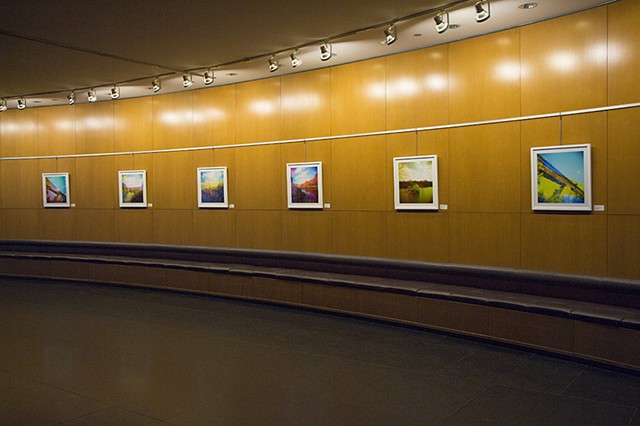 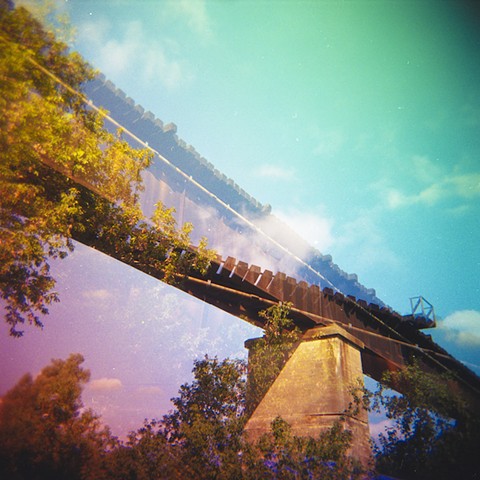 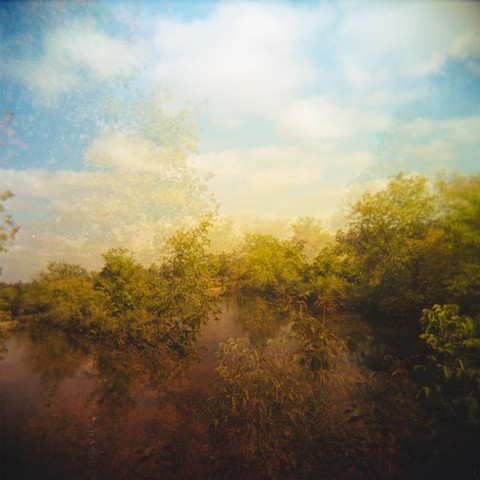 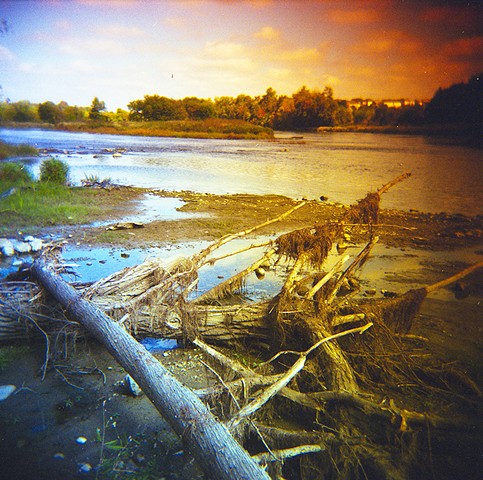 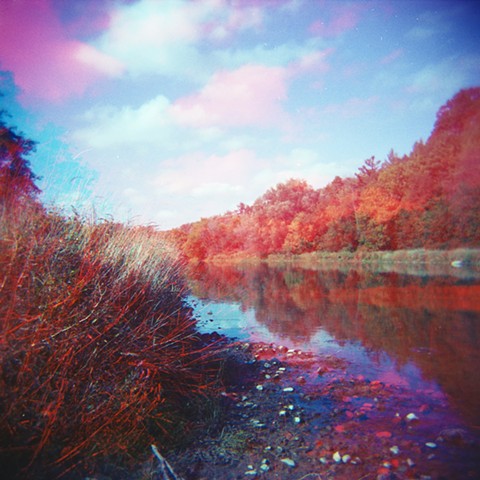 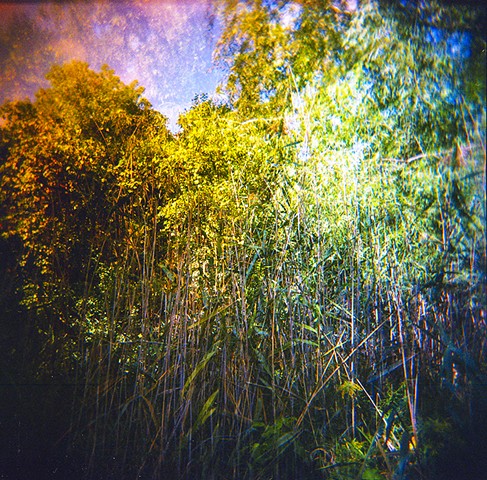 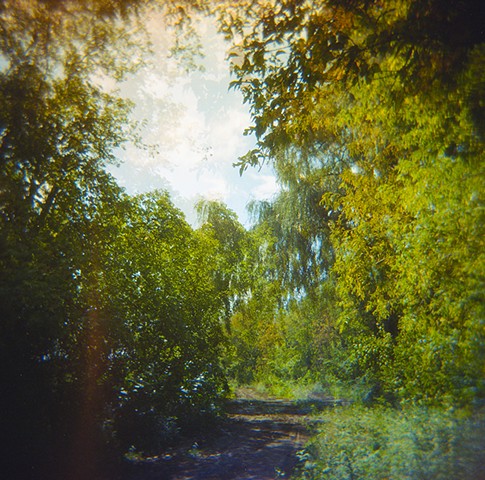 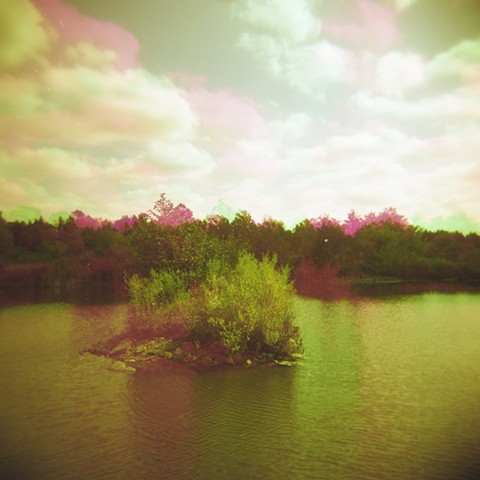 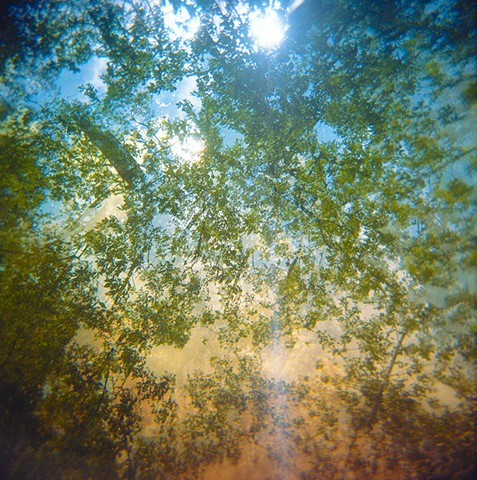 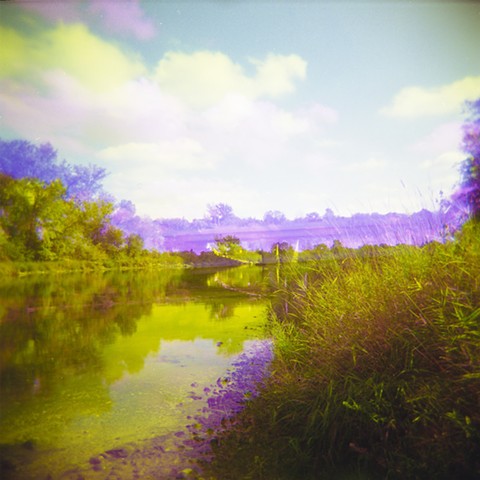 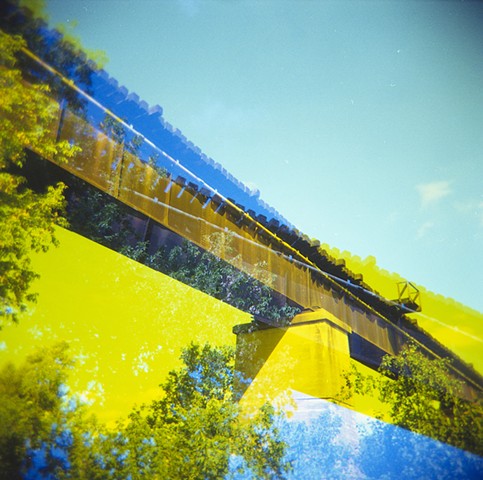 Picture-esque, considers the close relationships we maintain with landscape, place, and memory. Through the medium of photography, I explore notions of the picturesque poetic landscape as it is captured in the camera and exists within the mind. Often representations of landscape are fictitious in nature and conflict with reality. Our assumptions about what landscape should represent are influenced by popular culture, mass media, film, art history, myth, and the unreliability of memory. We often assume that the camera tells us the truth, when in actuality the camera is an arm of consciousness that is as subjective as the person operating it. Working with medium format film, the images in Picture-esque are produced entirely within the camera. Colour filters, multiple exposures, and chance are used to layer the landscape over itself repetitiously. This unconventional process produces photographs that become overly saturated with colour in a surreal, unrealistic, almost painterly abstraction of Kitchener’s landscapes along the Grand River. They function “like a picture” rather than a photograph, but are created with methods that can only belong to photography; the transformation of light, emulsion, and chemicals on film. In this way, the photographs in Picture-esque undermine our notions of photographs as captured moments in time. They become memory images that prompt us to think about how picturesque landscapes are captured by the camera, and how they linger in our minds.